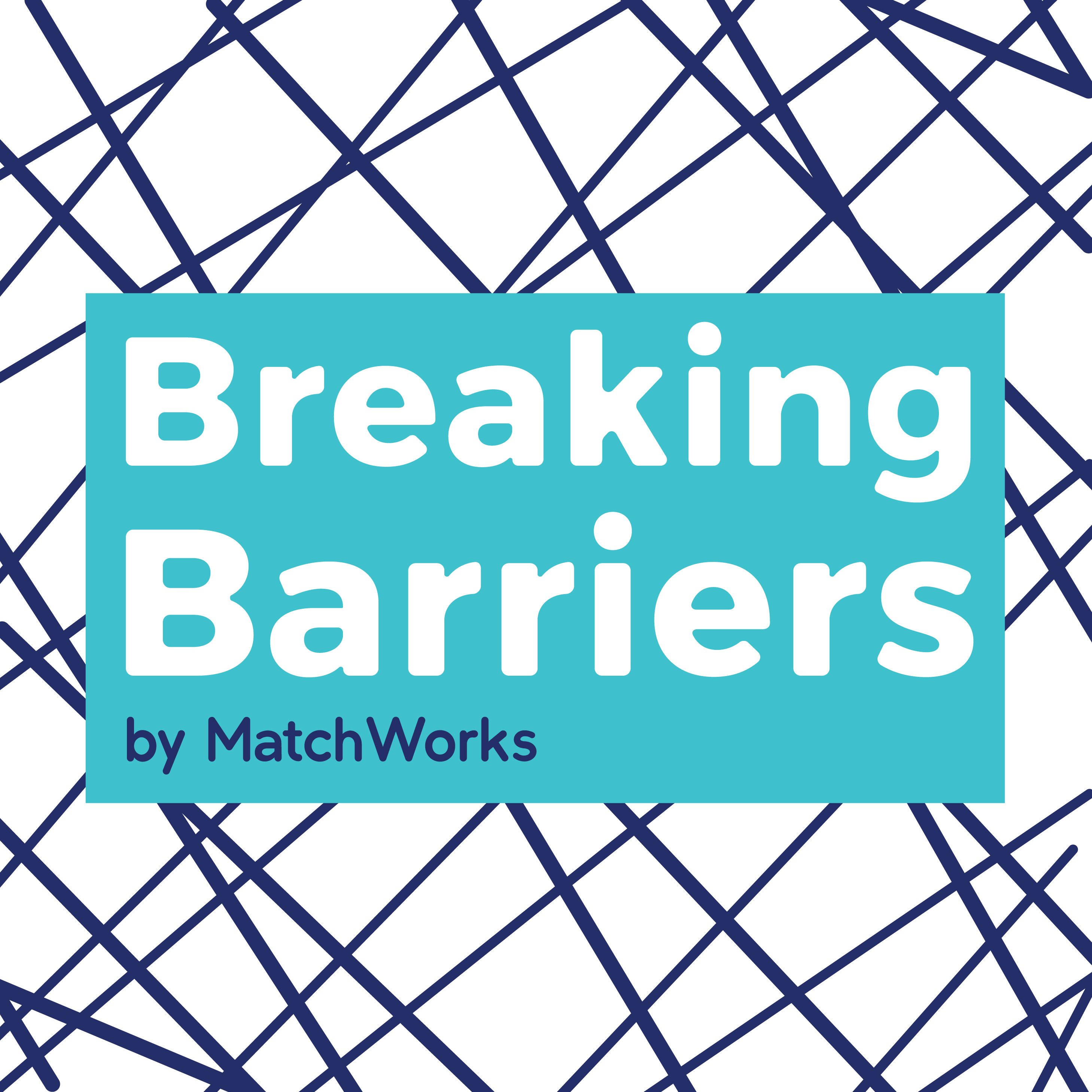 In this episode of Breaking Barriers, host Natalie Jones finds out how a Melbourne football club’s social impact programs are creating life changing results for young sports enthusiasts looking for work. From a young man with disability receiving a job opportunity within the Club, to another man building valuable work skills to achieve his career goals in the sports industry - it seems sport and employability training are a great match.

Our first guest today is Josh Marshall, a passionate cricket fan from Tasmania, who moved to Melbourne to pursue his dream job in sports administration. Blake Henderson is our second guest, a soccer fan this time, whose determination to be involved in the sport remained strong through devastating life events. How has Melbourne City Football Club assisted these young men on their journeys?

• We meet Josh Marshall, find out where his passion for sport comes from, and learn about his journey to university. 1.00-4.23

• The connection between Matchworks and Melbourne City Football Club is explained, and we see how they assisted Josh. 4.23-8.26

• We meet Blake Henderson, and find out what dramatic events led him to pursuing a career at the club. 13.28-17.36

• Blake’s journey from volunteer to employee at Melbourne City Football Club is covered, and we hear some entertaining stories from his time there. 17.36-31.07

‘Things like learning about the various job skills and the things that employers are looking for, and things like cover letters and resumes. I think that was all really really helpful information and then, as well as being able to get out and do some sport in that program as well. I think it was a really good combination of things to make it a really holistic program.’

‘If you look at the opportunity for someone like Blakey, who may have found it tough to get work going through the normal channels for a lot of organisations out there. What you get when you employ someone like Blakey, is some of the most unbridled enthusiasm, the best, most positive outlook, who's willing to do absolutely anything and will say yes to anything.’

‘Now to actually be able to fulfill a passion, of working in community sport, and sort of working with our community associations now to run cricket competitions and try and better cricket, the sport that I love so much, it's just an awesome feeling.’

In this episode of Breaking Barriers, host Natalie Jones talks to the inspiring minds behind Australia’s first Hotel Etico - a social enterprise hotel that provides work and training for young people with intellectual disabilities. Discover how the team knocks down barriers and changes perceptions, while creating pathways to open employment.Our guest is Stella Sgambellone, someone who has taken a step back from working in businesses driven by profit and decided she wants to make a real difference. As General Manager of Hotel Etico, Stella found her place, somewhere she can shift community perspective of people with intellectual disabilities.● We meet Stella and hear her story and explanation of Hotel Etico. 1.52-3.49● The background of Hotel Etico is explained, and Stella expands on the process of opening the hotel. 3.49-11.17● The importance of shifting community perceptions of people with disabilities is explored. 11.17-15.37● Trainee Development Manager Samantha and trainee Georgia discuss their experiences. 15.37-26.00● Trainee and guest success stories are covered. 29.07-32.05● Samantha and Georgia explain the impact of the work on their lives. 32.05-35.34● Stella discusses the local community involvement. 35.34-38.31 “When you've got a perceived idea of somebody's capabilities, you create boundaries, and we want to knock down those boundaries. We want to be able to open up whatever opportunities are available so that people can flourish. And we want to demonstrate how to do that.” “So, what I would say to potential employers is - when you're considering employing someone with a disability, or indeed anybody, it's really about opening up your mind to how they can add value to your organisation.” “I think that's probably my favourite part of ...

In this episode of Breaking Barriers, host Natalie Jones, discovers the unexpected power of games like Dungeons and Dragons, and how support workers can use roleplay to transform the lives of people living with mental health challenges. How does this unique activity help people to gain confidence and develop interpersonal skills? Our guest is Paris Conte, a telecommunications business owner turned mental health support worker - whose gaming-related epiphany has led to some amazing results for socially isolated young people. ● Paris Conte is introduced - we learn the story behind his name, and how he came to be a support worker at genU. 00.00-5.23● The origins of genU GAMER are explained. 5.23-10.18● A few success stories are explored. 10.18-14.00● Paris delves into the reasons genU GAMER works so well. 14.00-16.02● We meet Jake Anderson, and learn how his life changed through working with Paris. 16.02-21.45● Paris explains the benefits of employing a neuro-diverse person. 21.45-22.56● Find out how Paris feels about his work now, and what he plans to do next. 21.45-25.12 “I asked the group whether they had ever played Dungeons and Dragons, and would they be interested in trying it or playing it? And next thing I know everyone had put down their consoles and phones and tablets, and were all looking at me.” “We provide a safe, pop culture-filled environment that they feel safe and comfortable included in, and slowly but surely they get to work on the things that they want to work on, in a structured environment.” “I'm really looking forward to the time where once we've really identified the true strengths within people that (their abilities) becomes a non-sequitur, and ...

On this episode of Breaking Barriers, host Natalie Jones hears the heart-wrenching story of a woman who escaped to Australia after life-threatening circumstances forced her to flee Iraq. How did a MatchWorks program assist her with overcoming trauma and finding meaningful employment? Atoor Tamris is a courageous woman, driven by a passion for improving the wellbeing of others - first by helping young victims of conflict in Iraq, then caring for her elderly parents, and finally assisting refugees in positions just like she was when she arrived in Australia. Main points:● We meet Atoor and find out how the situation in Baghdad during the 90’s affected her upbringing and early work life. 1.00-4.31● Atoor delves into the terrifying events that forced her to leave Iraq. 4.31-7.50● Atoor’s refugee journey from Lebanon to Australia is covered, and she describes the years she spent caring for her parents. 9.24-13.03● Peter Albertin is introduced, and we learn about the KickStart for Refugees program. 13.03-16.54● We discover how the program helped Atoor overcome boundaries and land her dream job at MatchWorks. 16.54-25.18Episode quotes: “It was like a movie. I was thinking, ‘what is my mother going to do? Okay, they will kill me. Who is going to tell my family?’ They were very hard moments.” “I was jumping and screaming ‘we will go, we will go.’ Nobody understood what was going on, nobody. My dad was screaming ‘what's going on? Why are you doing that?”’ I was just jumping, jumping. ‘Everyone, we'll go’. It was a mix of crying and laughing. And, oh my God, I can't forget that day. It was like you’re a bird, put in a cage, ...